Gently lifts you out of sleep in a peaceful, more natural way. 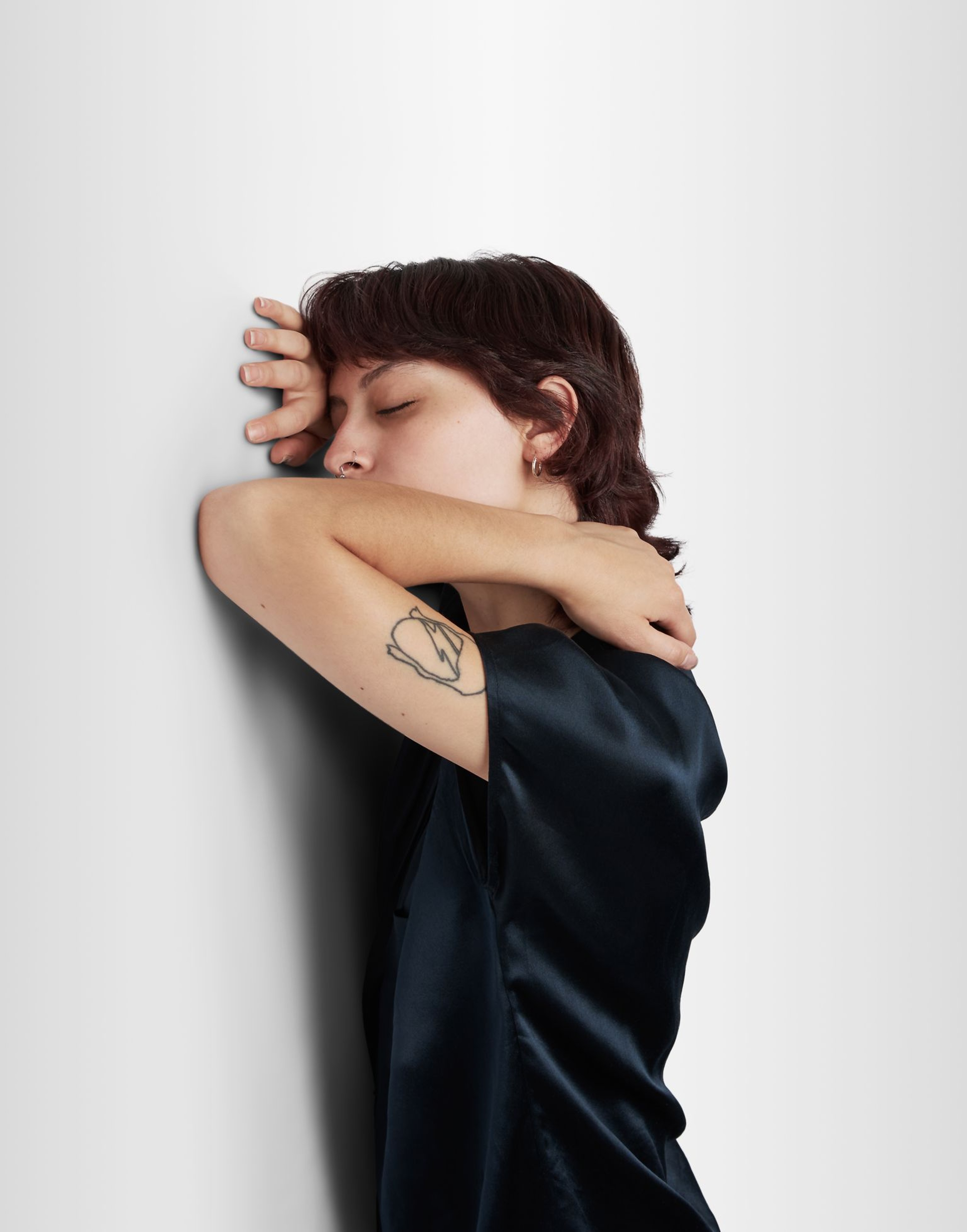 This is not an alarm clock.

We don't believe in alarms.

How we wake up has a direct effect on the way we feel - it contributes to our daily mood, energy and behavior. OneClock's sounds are designed to activate your brain gradually, to wake you calmly and gently.

OneClock is designed to replace your alarm and encourage a phone free bedroom - no screens, no Bluetooth, no WiFi, no apps, no notifications - just warm, organic minimalism and a tactile analog experience.

We researched the best tones, tempos, and frequencies to wake you up gently, and work with award-winning musicians to create exclusive waking compositions. 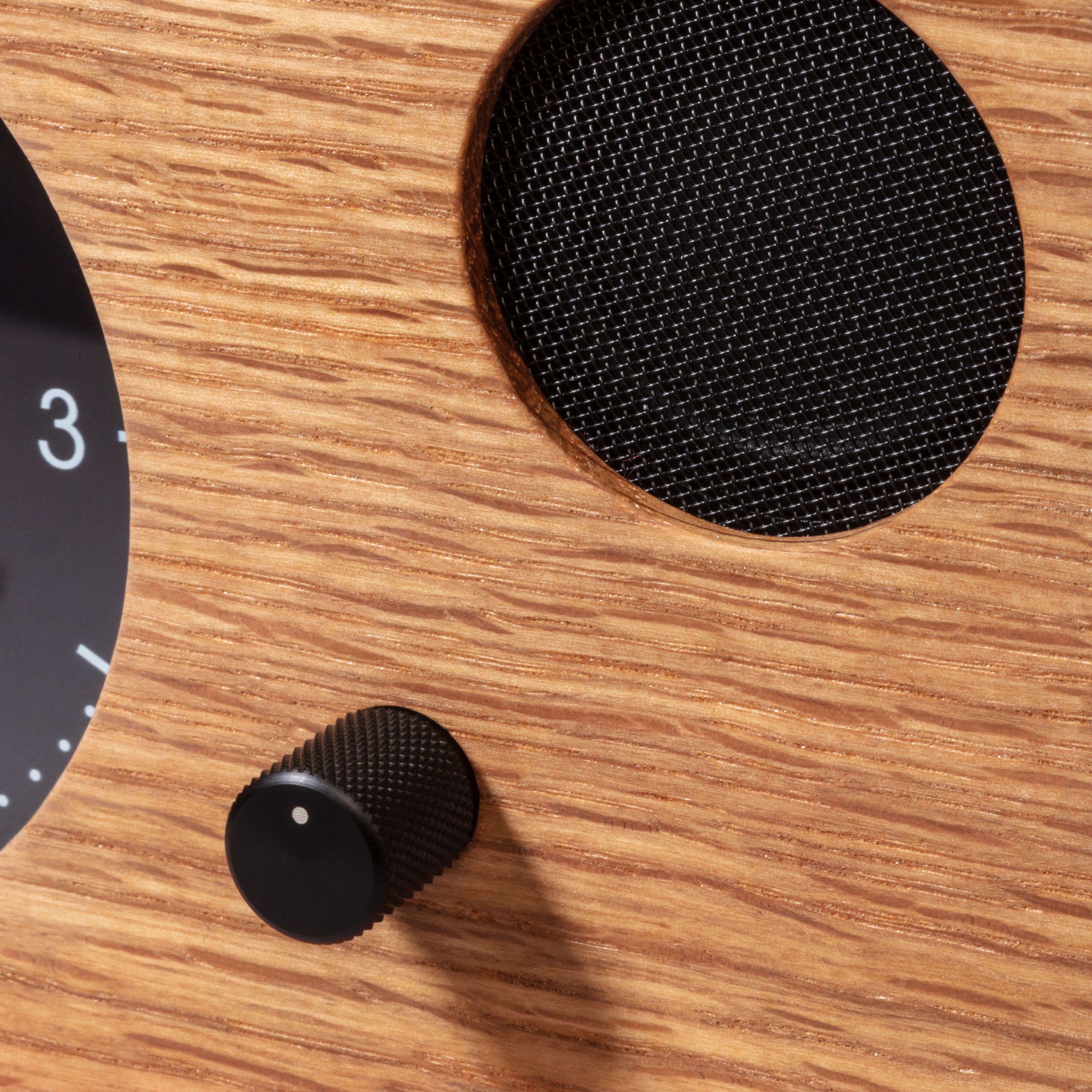 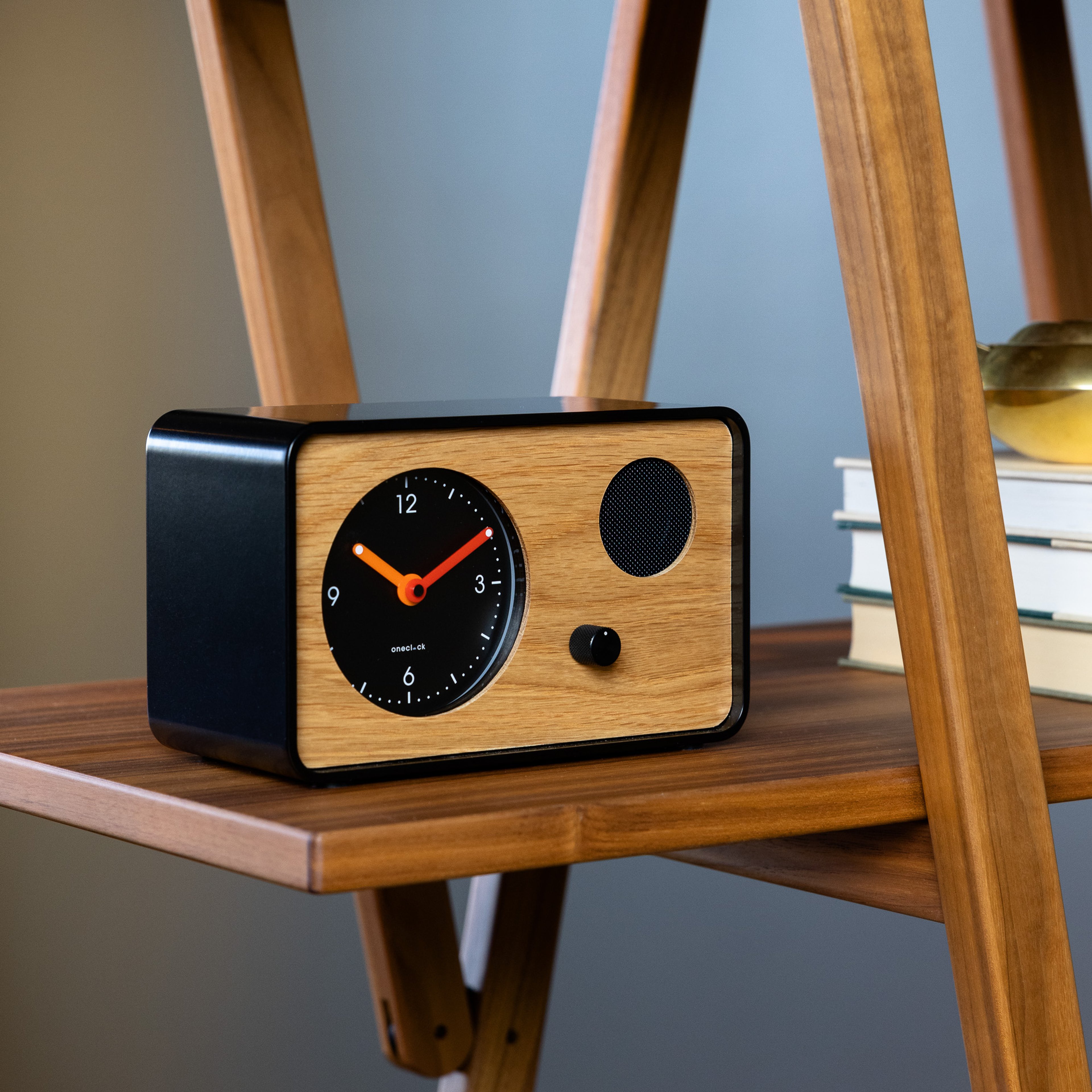 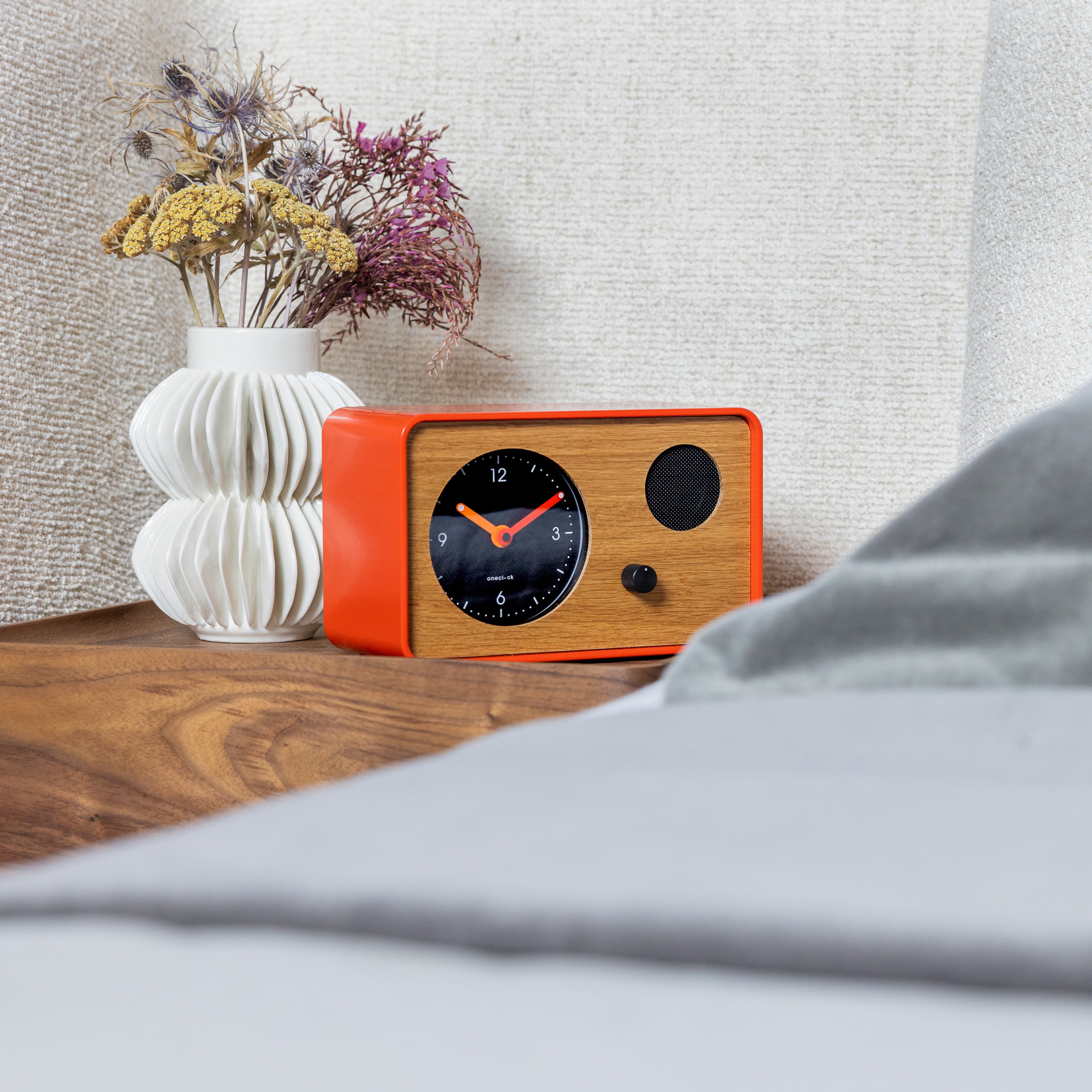 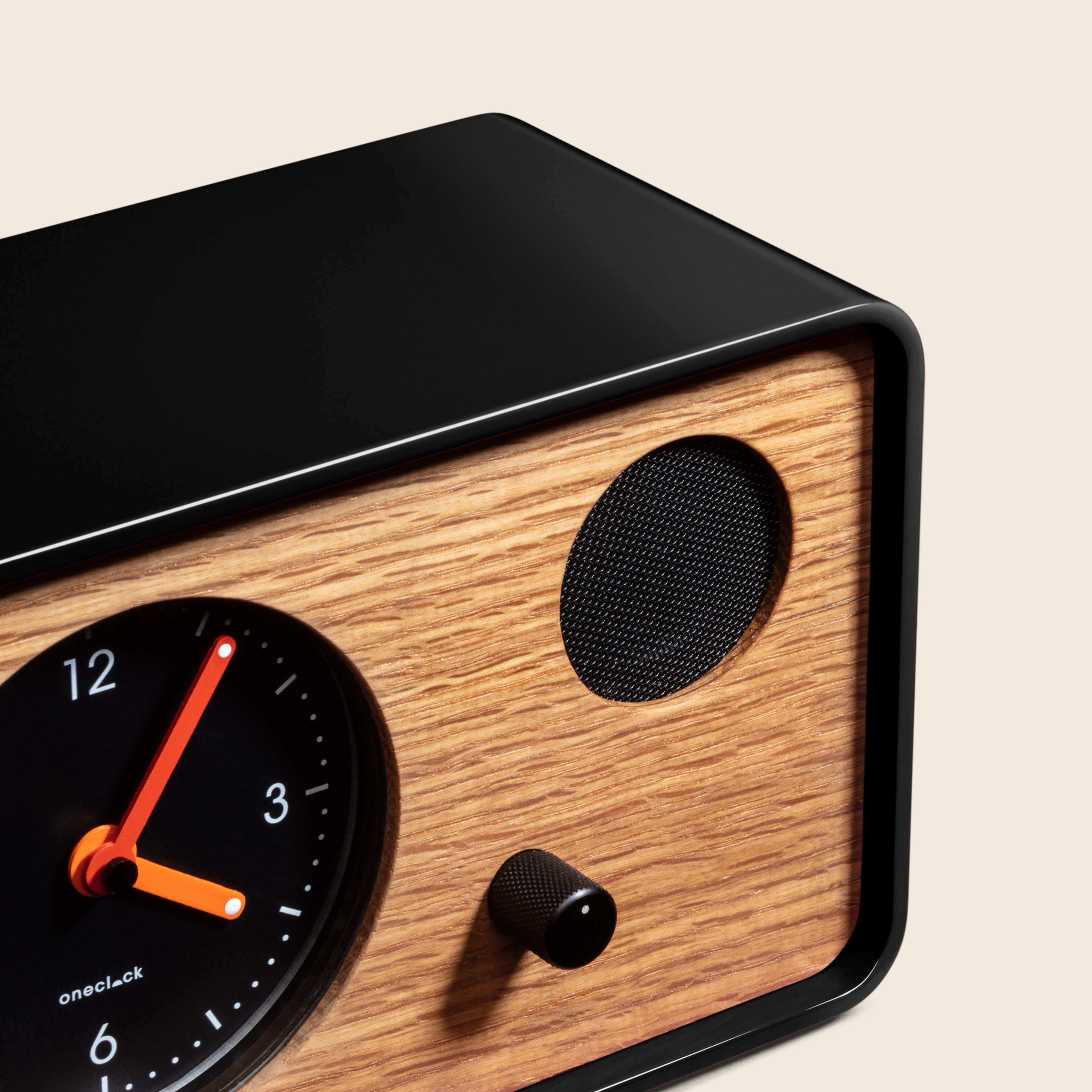 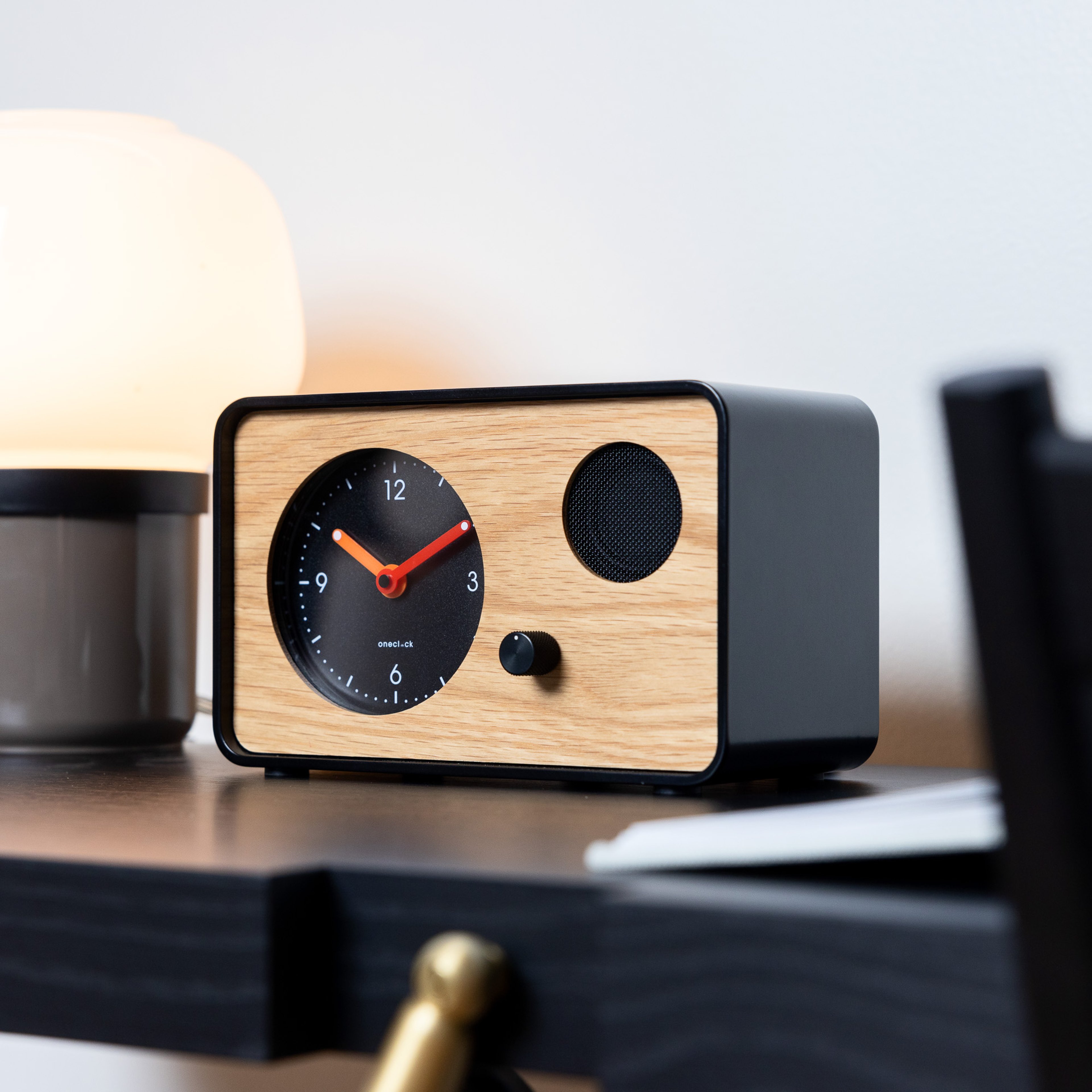 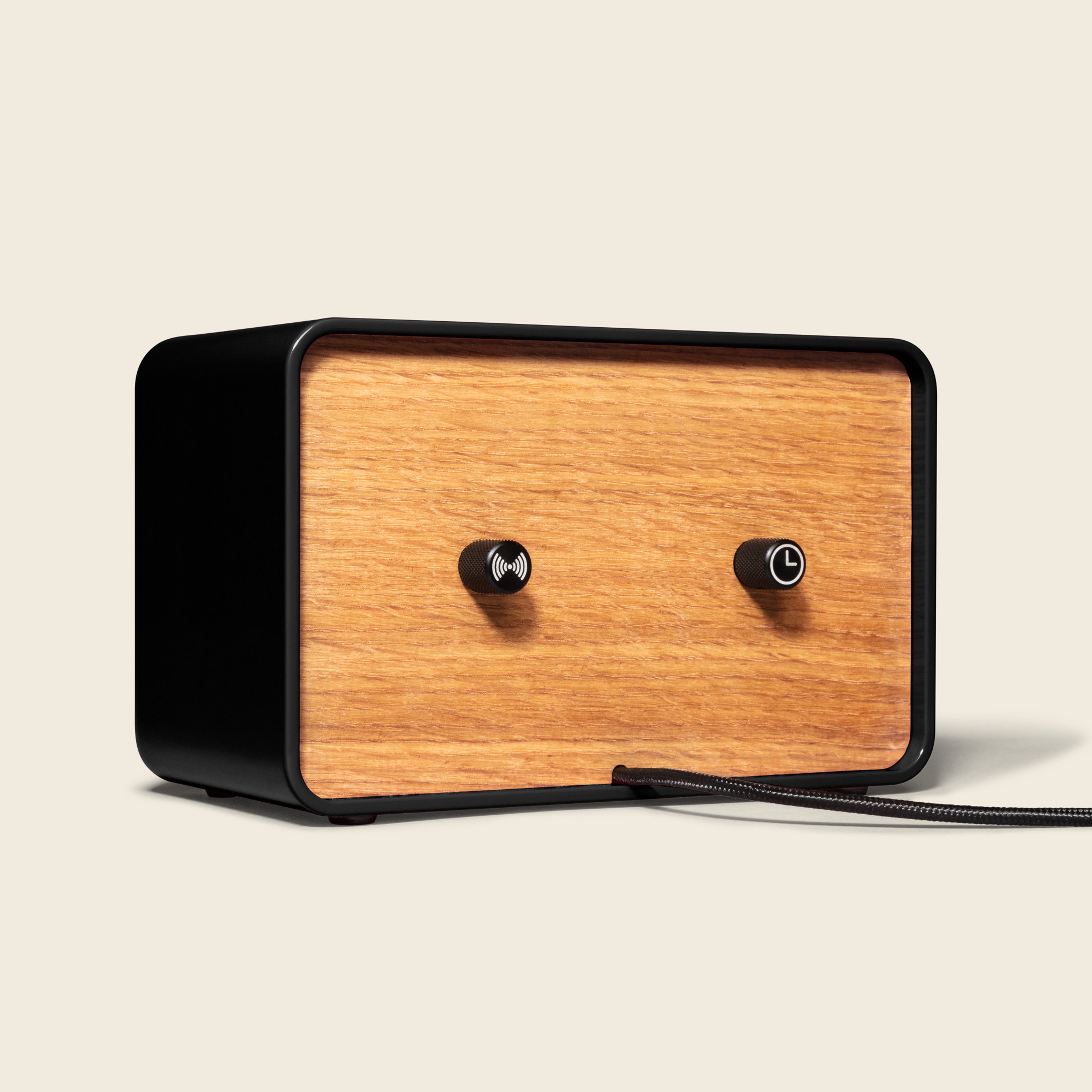 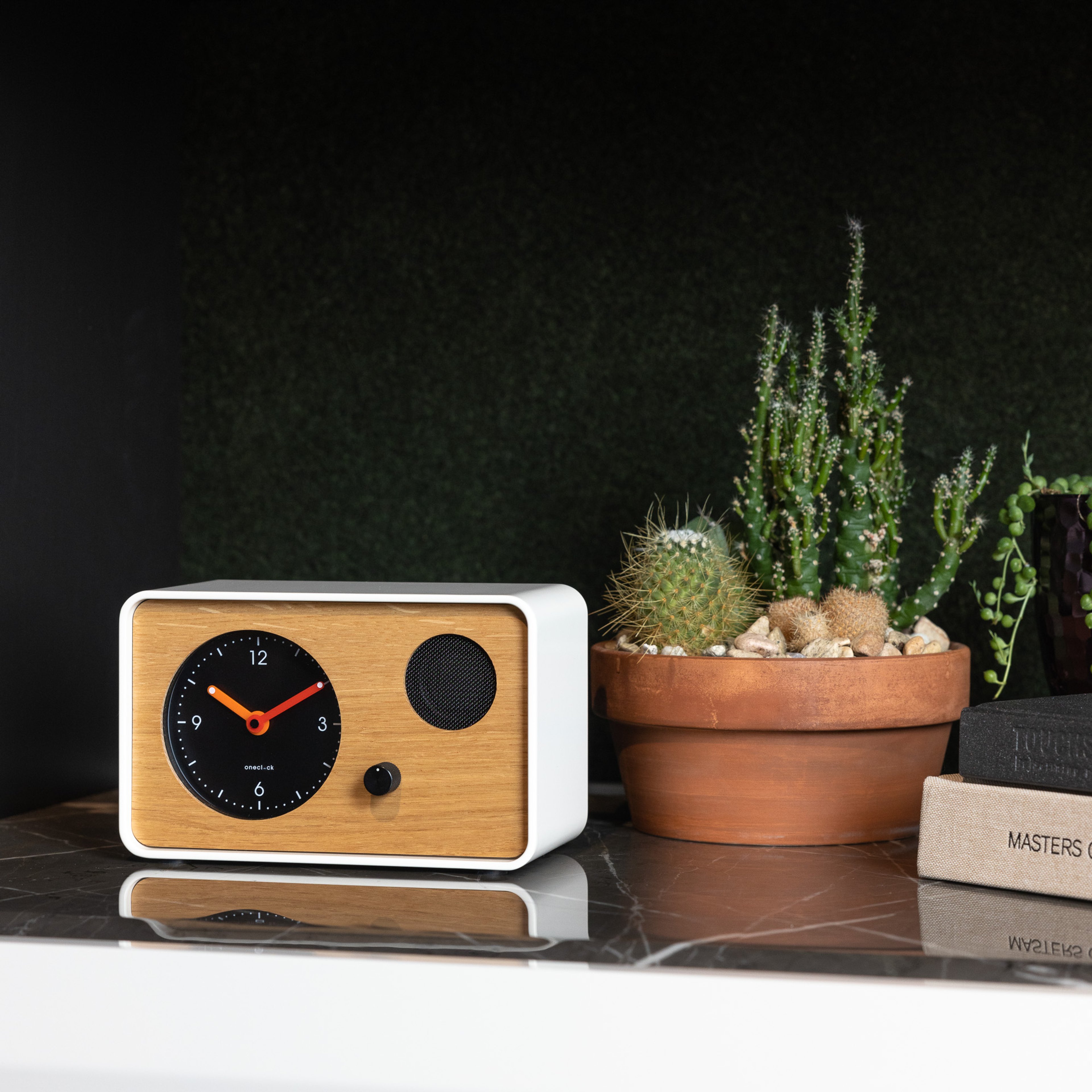 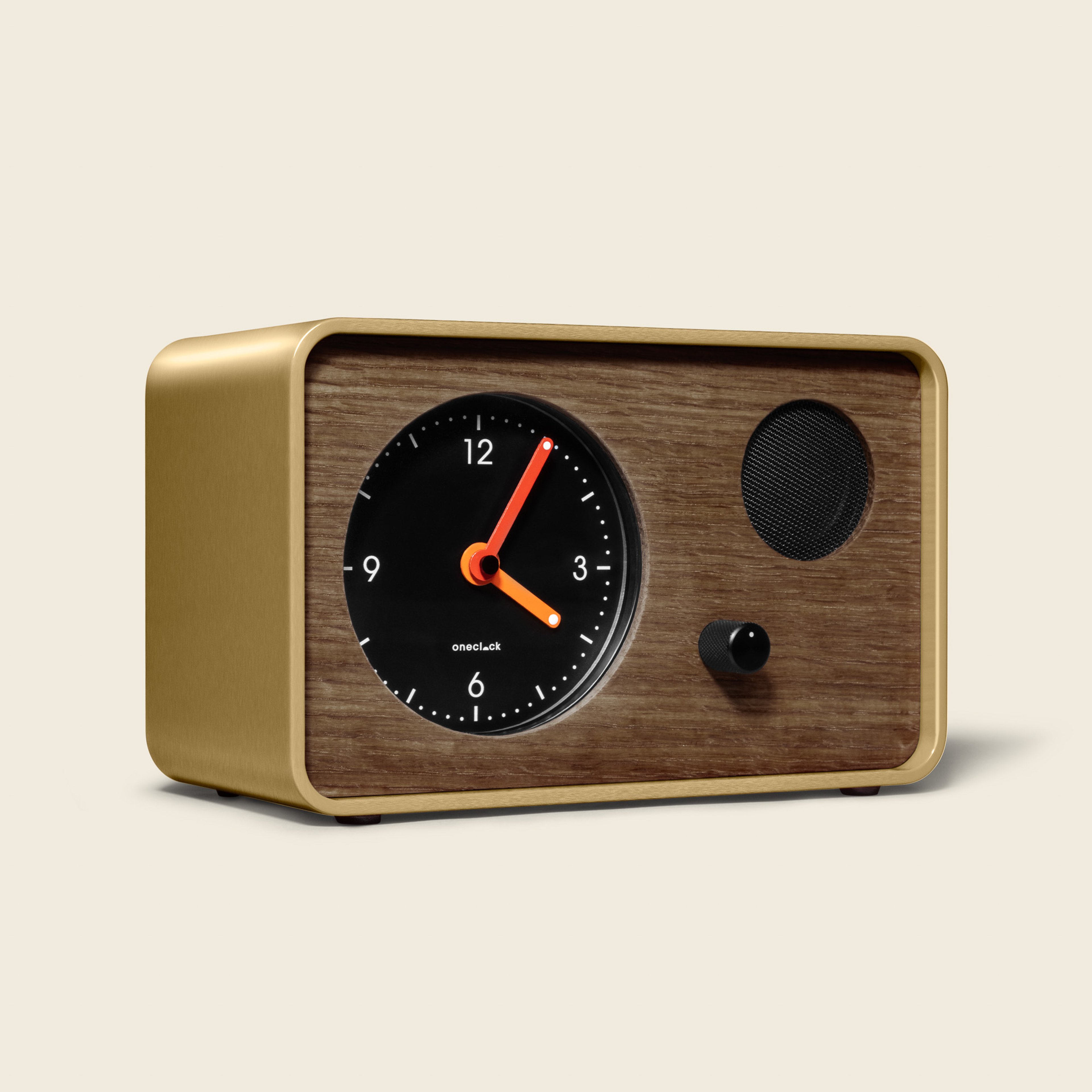 Jon Natchez
The War on Drugs

Loud, jarring sounds create stress and negatively impact the nervous system, increasing cortisol levels. We asked Grammy Award winning composer Jon Natchez from The War on Drugs to create a collection of musical compositions to help you wake up better.

Read more on our blog

Waking music made exclusively for OneClock.

Change up your morning routine. Download and install exclusive new releases from our growing roster of musicians.

Captain Planet
aka Charlie B. Wilder

The proportions of OneClock are based on the golden ratio

A few years ago, we had an idea for a new kind of alarm clock to replace the phones on our nightstands. We wanted something simple, clean, tactile, and elegant - without all the devices and screens that seem to sneak stress and distractions in between the sheets with you. Something that would wake us up gently, with thoughtful music instead of a digital beeper or blaring buzzer. Follow our journey

I've only had my OneClock for a few weeks, but I am loving it! The functionality is great! Easy to set an alarm and it makes for very peaceful mornings. Coming from a traditional alarm clock that was backlit, I do miss being able to quickly read the time from across the room in low-light conditions. This is a minor gripe though. I'm sure I'll adjust shortly.

Very sleek design, all features work as expected. The original music is nice to wake up to every morning. I like how it shuffles randomly which song to play to keep things interesting and prevent yourself from learning to hate the song because you start associating it with the dread of waking up! The nightlight is pretty useful as well, but because it's accelerometer-based, I've found it easier to simply tap the nightstand the clock sits on to activate it as opposed to tapping the top of the clock itself as per the instructions (the top of the lock still works though, but sometimes just requires the tiniest bit more "thump"). Extremely minor nitpick, not a big deal at all. The braided black USB-C power cable is attached to the clock, and I wish it were detachable for portability/durability purposes, but it's not the end of the world (not like I'm going to travel with this clock anyway). It came knotted up in a very aesthetic manner such that additional wrapping/packaging wasn't needed – a very clever touch! Since there's no distinction between AM/PM, it's very clearly noted in the FAQ that you can only set one alarm at a time, and that alarm can only be set within the upcoming 12 hours. Just want to explain that this isn't as bad a limitation as it may first sound: I try to aim for 8 hours of sleep every night, which means I must set my alarm at most 4 hours before going to bed (i.e. anytime between 6:15 pm-10:15 pm). Try to set it up anytime before 6:15 pm and it'll go off *at* 6:15 pm! But again, this isn't a big deal. The moment you get into bed (say 10 pm), you can just click the alarm knob to turn on the alarm. It's a good habit to get into anyway since I check that the alarm LED indicator is on before I sleep anyway (in the same way I used to check that my phone's alarm was enabled before I went to bed). Plus, given the whole analog nature of the clock, it's kind of nice to do some of these things more tactilely for once. I only have two criticisms so far, both of which are about the knobs: 1) The volume knob to set the alarm volume creates a static-y clicky sound if you turn it too quickly. It gives radio static vibes. Of course, you'll be turning it more slowly 99% of the time anyway, but hey, this is a $300 clock! I expect *perfection*. 2) The clock time and alarm time knobs are a little too sensitive. I try to set alarms to the exact minute (e.g. 6:15). When you turn either knob just the tiniest amount, there's no response. When you turn it a bit more, the clock hands start moving almost too quickly. I ideally wanted a more continuous gradient in movement speeds, as I keep finding myself overwinding, reversing direction, then subsequently underwinding, trying to constantly hit that sweet spot at the exact minute. Sort of annoying, and while I might learn to just get better at "aiming" over time, I do run into this issue more regularly because I set different alarms for the weekends. Again, I have to emphasize that these are extremely minor nitpicks – but I think it's warranted for such an expensive item. Overall, I'm more than satisfied with this product and I love how it has helped me become one step closer to creating a better, less digitized sleep routine.

My OneClock is fantastic. I am not startled awake. Rather, I am conscious and then realize the gentle OneClock music playing in the background. Simple to operate, clean style and it works. Amazing.

Everything you wanted to know